The Who Am I Quest

Mindfulness is a very personal experience. It deepens our awareness while blocking out distractions. The results? Improvement in self-image, productivity, creativity, emotional stability, brain power, performance, and health, to name just a few… 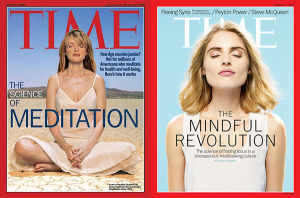 Mindfulness is a very personal experience. It deepens our awareness while blocking out distractions. The results? Improvement in self-image, productivity, creativity, emotional stability, brain power, performance, and health, to name just a few…Mindfulness has recently become a new social and interpersonal trend for self improvement, a Mindful Revolution, as the cover of Time magazine put it. Yet, mindfulness is not new but an ancient idea that is deeply rooted in interconnectedness and compassion in ourselves. It dates back to Buddha’s experience of his enlightenment 2,500 some years ago under the fig tree beside the Mahabodhi temple in Bodhgaya, India.

Studies show that when we lose connections to ourselves and others, we suffer from various illnesses. When we rebuild the connections, we regain our health. And that’s what we found in our research.

For the study, we looked at 28 nurses from the University of New Mexico Hospital, 22 of whom had reported PTSD symptoms.

We chose medical professionals as our study subjects because they are a high-risk group for stress related symptoms. The study participants were asked to take blood tests to measure their stress hormone levels and complete the PTSD checklist questionnaires. The nurses were then divided into two groups: one group participated in the hour-long mindful movement sessions twice a week; the other group did not take the class

The group in the mindful movement classes improved their cortisol levels by 67% and decreased their PTSD checklist scores by 41%, which means their symptoms were significantly lessened. The group who did not attend the mindful movement class showed a 17% increase in blood cortisol levels and a 4% decrease in the PTSD checklist scores.

The study participants also reported that not only did the mindful movement practice reduced the impact of stress on their daily lives, but they also slept better, felt calmer and were motivated to resume hobbies and other enjoyable activities they had dropped.

For the complete research summary, read the 8 part series here. 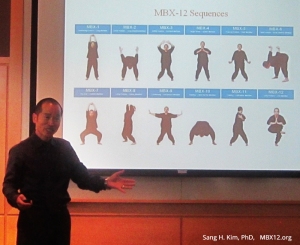 Considering this self-directed mindful movement practice gives the practitioners control over their own mind and body and has few side effects, mindful movement is a promising intervention for stress related problems.

Our study findings were presented at various national and international scientific conferences, published in the July 2013 issue of the Journal of Clinical Endocrinology and Metabolism, and featured in CBS News, Huffington Post, Fox News, and others.