To learn more about MBX-12 techniques, visit this page.

Having a strong diaphragm helps you build your inner energy, which is centralized in the middle and lower parts of your torso. Be aware that your breathing controls and is controlled by the diaphragm. 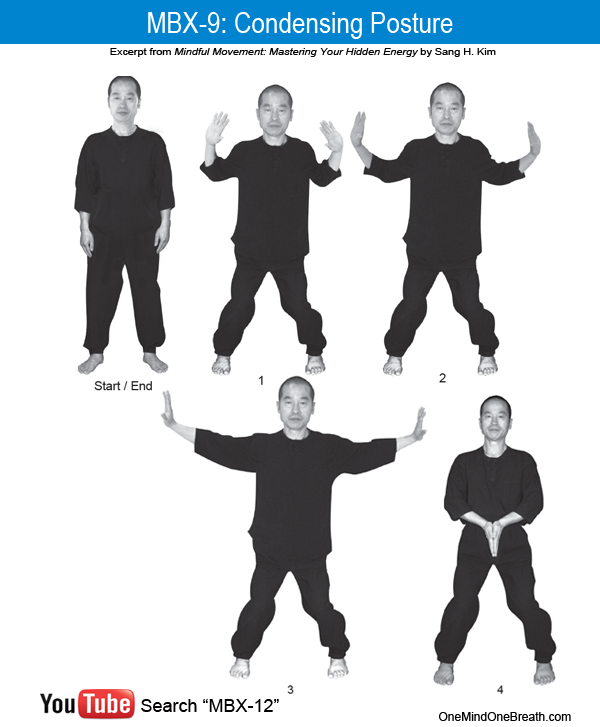 1. From natural stance, place your heels outward and lower your posture. Inhaling slowly and deeply, raise your hands beside your shoulders with your palms sideways. Keep your elbows bent and fingertips upward. You are collecting the energy in the lower belly.
2-3. Exhaling, slowly push your palms out to the sides. Push the belly slowly in and release the diaphragm upward. You are pulling up the energy to the middle energy center. Hold this posture (3) for 2-3 seconds.
3-4. Exhaling further, lower your hands to the front of the belly (4), and press your palms together to release the remaining air from the lower belly. Inhaling, return to natural stance.

When practicing lateral pushing posture (2), imagine that you are slowly pushing away a wall on each side of you. To do so, you pull the energy from the lower belly to the chest and then to your hands. Remember that your thought directs where your energy goes, affecting the quality of your performance. 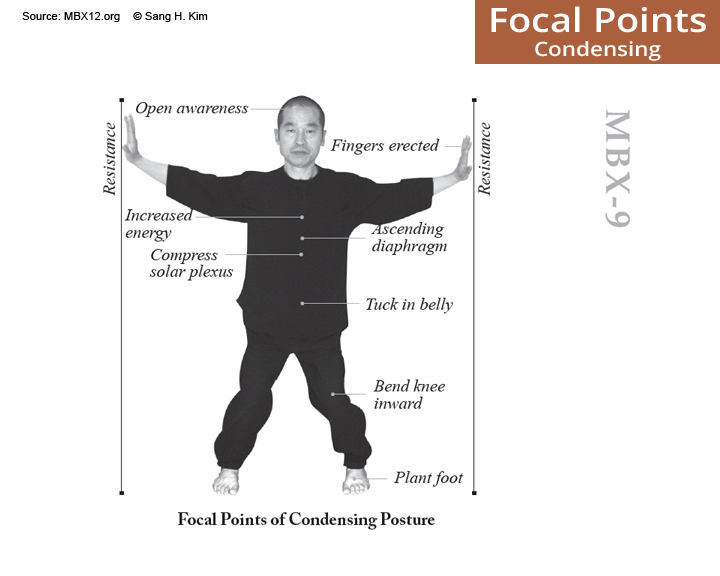